Opera Quiz For May

This spring VPR Classical has been featuring a series of listener-interactive quizzes on Saturdays during our opera program.

You may have noticed things have changed a little now, as of last weekend with our two new programs: A Passion for Opera with Peter Fox Smith, and Saturday Matinee.

One thing that has not changed is the fact that we're still having fun sharing a monthly opera quiz, opening the phone and internet lines, and inviting you to take your best guess as to who the "mystery voice" is.

Our May quiz features a singer whose personality and legend are nearly as towering as the treasury of music she's left as her legacy. You may have been thrown off by the fact that one of our musical clues was Wagner - she's not known for her Wagnerian roles, but rather for her Verdi and Puccini and Donizetti. This 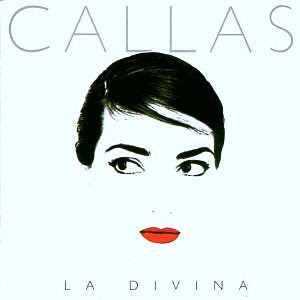 Keep listening this summer for more quizzes and other fun stuff during our new program, A Passion for Opera!
Posted by Cheryl Willoughby at 1:15 PM 1 comment:

Opera - And Then Some! 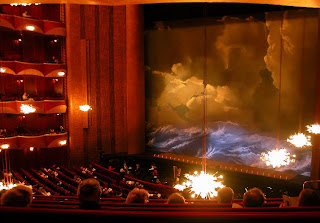 (April 2010 - The view inside the Metropiolitan Opera, as I anxiously waited for Rossini's "Armida" to begin)

They must have known how much I wanted it, because (thanks Mom and Dad!) I got my first FM radio for Christmas when I was 12 years old. I still vividly recall the first cold Saturday afternoon later that winter when, scanning the dial, I stumbled upon a broadcast of classical music with voices unlike anything I'd heard before. They were serene and lyrical and joyous, and sometimes even ferocious. Most of all, regardless of the emotion being expressed, these beautiful voices were passionate.

I was completely captivated and immediately wanted to know more. But I had to wait, as the glorious music went on. And on and on. Later that afternoon I learned I'd been listening to a live broadcast of the Metropolitan Opera on my local commercial classical radio station. That was in 1979. I've been a devoted fan ever since.

That seems like a long time, until I consider that Peter Fox Smith has 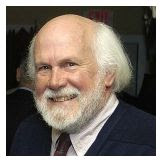 been sharing opera with listeners each Saturday on Vermont Public Radio for more than 30 years. He was among the very first voices heard on the then-nascent VPR. Since 1977 he's continued to be the beloved voice of Saturday Afternoon at the Opera, conveying his knowledge and love of the art form with a depth of expression that is matched only by the music and voices themselves.

This weekend VPR Classical takes a bold step forward in continuing its commitment to airing opera with two new programs. Peter will be hosting A Passion for Opera beginning at Noon on Saturdays, followed by the Saturday Matinee at 1pm featuring a wide array of operas recorded live in concert from our colleagues at the WFMT Radio Network.

Peter has said that throughout his career he's seen it happen time and again: people who were certain that opera was not for them become hooked once exposed to its dramatic power and beauty. That is the approach of A Passion for Opera; to make opera a welcoming and accessible experience for aficionados, casual fans, and newcomers alike.

We’ll explore opera together each week with a hand-selected program of operatic arias and scenes. We’ll explore themes, genres, styles, and artists in-depth, and celebrate holidays, special events, and landmarks in musical history. A Passion for Opera will offer much more than only information, it will be fun and a pleasure to listen to. We’ll also feature longstanding favorite features such as the annual American Musical Sampler and tribute to the great Swedish tenor, Jussi Björling, as well as regular opera quizzes.

A Passion for Opera will be followed by Saturday Matinee at 1pm, featuring operas recorded live in concert from various productions.

I hope you'll join me and other opera lovers around the region in celebrating Peter Fox Smith's ongoing contribution to the long legacy of opera on Vermont Public Radio, with A Passion for Opera and Saturday Matinee starting this weekend on VPR Classical.

Many things have changed in the last 30 years, but some things remain constant: I'll still be enjoying the opera on Saturday afternoons via good old FM radio.
Posted by Cheryl Willoughby at 4:00 PM No comments: 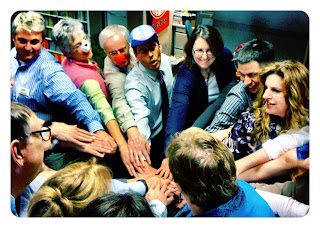 We're almost halfway to the goal for VPR's May membership drive. To keep everyone's energy up and spirits high, we turned to the magical trinity of pledge drive mood enhancement: sugar, funny glasses, and chanting.

Oh, and kazoos. I guess that makes it a magical quartet. 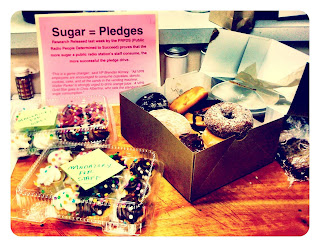 After a breakfast of doughnuts and cupcakes marked "Mandatory for Staff," we got together for a short pep rally. Aside from all the fun and silliness, we also read aloud some comments we've heard from listeners during this drive - which motivates us more than the very largest cupcake or loudest chant ever could. Your passion for public radio and VPR reminds all of us why we do what we do - from producing the news and music that feeds your desire to learn and connect with your community, to keeping our signal on the air and online, to raising the money it takes to provide this independent, community-supported service.

So, thanks. Thank you for listening, for your passion, and for your support! We truly couldn't do what we do without you. If you haven't had a chance to make a pledge yet, I hope you will now.

For more photos of what VPR staffers look like after mass quantities of sugar, check out this slideshow!

Email ThisBlogThis!Share to TwitterShare to FacebookShare to Pinterest
Labels: behind the scenes, fun, funding, inside VPR, pledge, pledge drive 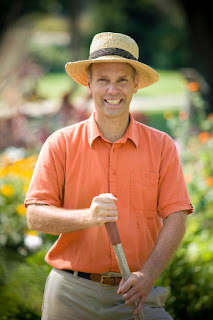 Garden Guru Charlie Nardozzi will address your garden dilemmas this week - on Vermont Edition and Facebook. As host of The Vermont Garden Journal on VPR, Charlie brings us insight on successful organic gardening every week. When he's the guest on Vermont Edition, the questions pour in - and the topics range from apple trees to red lily leaf beetles to zinnias.

This year, VPR has invited gardeners to share their secrets of success on the Vermont Garden Journal Facebook page. We created this venue for you to ask each other questions, post photos and find out about gardening events, stories and articles.

On Thursday, when Charlie is finished on Vermont Edition, he'll fire up his laptop and continue answering questions on the Vermont Garden Journal Facebook wall until 2 o'clock.

We're expecting an avalanche of questions, and Charlie may not be able to get to them all. But we'll do our best - and encourage you to chime in with your own answers and experience. "Like" the VPR Garden Journal Facebook page and join our dirty fingernails brigade. 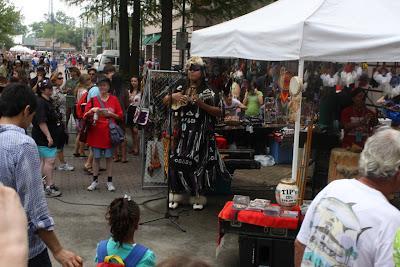 What does the Jazz guy do when it's vacation time? Why fly down to Lafayette, Louisiana for the 25th annual Festival International de Louisiane - world music from every part of the globe along with cajun and zydeco, local favorite dance musics.

The Fest is set in the middle of downtown Lafayette with six big stages, food booths, kid's areas, art and artifacts. Amazingly enough the whole Fest is free and one is continually reminded to buy little $10 metal pins made to celebrate support for the Fest. Sound familiar? It's a lot like radio, we give it away and then ask you to support it on a voluntary basis.

So who did I hear? My favorite was Red Baraat, a New York City based band with with tuba & drums playing Indian flavored dance music. They had a bit of the wild sass of brass that the Soul Rebels Brass Band (black brass marching band from New Orleans) brought when the two bands joined for one song. 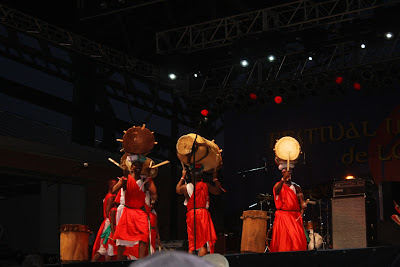 The Master Drummers of Burundi followed the opening ceremonies with a grand entrance carrying their large wooden drums on their heads while drumming on the sides and head. Their set included many leaps into the air, virtuoso drumming and each drummer taking a solo supported by the others.

The Marchforth Marching Band were 24 strong, dressed in sort of punk circus garb and included in their ranks, two men and one woman on stilts dancing in front of the band and all through the audience, ten brass players, eight drummers - a wild crew with demonic beats - sort of a cross between the Bread And Puppet Circus Band, Sun Ra and his Inter-Galaictic Arkestra and a regular High School Marching Band in Halloween costumes. You'd never be bored with Marchforth in the house. 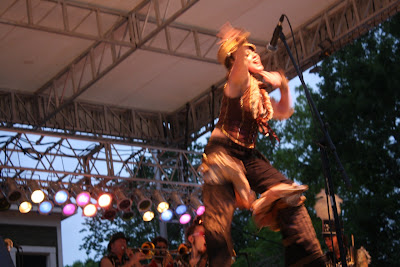 Lafayette, like most of South Louisiana, is friendly with smiles coming at you from all directions. I was given a ride back to my hotel by two total strangers who turned out to be school teachers trying to make art in their spare time. Maria de Barros from Cape Verde fit the relaxed mode of the town as did the cajun dance at Antlers (Club) with Joel Savoy, Jesse Lege & The Cajun Country Revival. 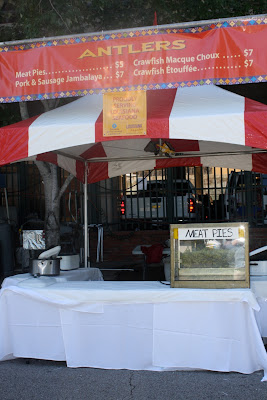 And then there's the food: Crayfish Etouffe, Blackened Tuna Wrap, Shrimp Po Boys and a Cream, Spinach & crayfish mix in a hollowed-out loaf of bread. Yeah, you right!
Posted by George Thomas at 6:43 PM 1 comment:

Tune in for 5 weeks of brand new episodes of the Peabody Award-winning program The Moth Radio Hour. These are real stories told live on stage without a net.

This new season begins this Saturday, May 7th at 4 on the VPR Saturday Special. The first episode is called OMG: Stories of the Sacred. We’ll hear from comedian Judy Gold, New York Times journalist Andrew Solomon, and the Reverend Al Sharpton who share intimate and personal stories.

Later in this series, we’ll hear from supermodel, actress, athlete, and double amputee Aimee Mullins, survive a story of illegal deportation, and go on a blind date with Steve Burns, host of the hit kid’s TV show Blues Clues.

We hope you'll tune in beginning this Saturday. You can also visit The Moth's website to learn more and to subscribe to their weekly podcast for a Moth fix all year long.
Posted by Alaina Janack at 10:00 AM No comments: