The VPR Blog Has Moved

Visit the blog at its new address for the latest posts from VPR.
Posted by Jonathan Butler at 1:26 PM No comments:

Posted by Mitch Wertlieb at 9:00 AM No comments:

Posted by Mitch Wertlieb at 9:03 AM No comments:

Become A Sustainer In April And You Could Win An iPad

They’re there in your time of need. They have stunning strength and agility. And they look great in tights! We’re talking about superheroes. At VPR, we think of our sustaining members as superheroes because they support VPR with automatic monthly contributions of $5 or more.

And yes, you do look great in tights!

When you join the legion of sustaining members this month, you’ll be entered to win an iPad - a drawing for new sustainers only! 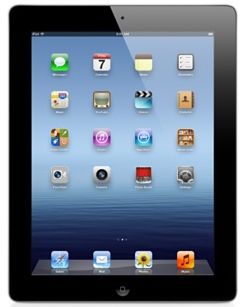 Your automatic monthly contribution is an easy and convenient way to support VPR and helps reduce on-air fundraising.

We hope you'll join VPR’s 10,000 superheros by becoming a sustaining member today - and thanks for all you do!

We received a surprise visit from NPR's Richard Gonzales today, who is in Vermont visiting colleges with his son. He's a National Desk Correspondent, based in San Francisco. It's always a kick to put a face with a voice...even for those of us who work here!

Posted by Michelle Jeffery at 2:27 PM No comments: 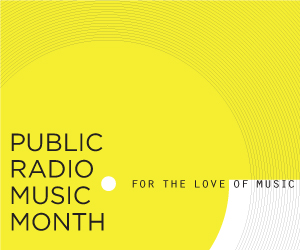 VPR is proud to partner with NPR and stations around the country in the second annual Public Radio Music Month, a nationwide initiative that connects local public radio stations, artists and audiences in communities across the United States.

Listen to VPR Classical and VPR News throughout April to hear special programs, conversations, and more to celebrate public radio's contributions to our state's musical landscape. NPR will also capture and share examples from around the country at publicradiomusicmonth.org, including a post today about VPR Classical’s new Student Composer Showcase, which also debuts this week.

Some other features we’re planning include:
You can learn more at publicradiomusicmonth.org and by following the project on Facebook and Twitter.

Posted by Michelle Jeffery at 10:15 AM No comments:

Monday, April 1st:
(Suggested April Fool's Day prank: Celebrate Poisson de Avril as the French do--and apparently have since the 16th Century--by surreptitiously sticking a picture of a fish on someone's back.)

Posted by Mitch Wertlieb at 10:29 AM No comments: