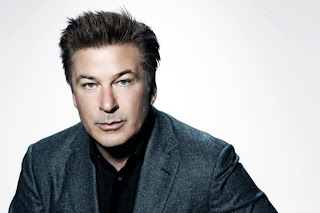 Instead, listeners are treated to a genuinely interested and humorous host in Baldwin, as he talks with entertainers and musicians, visiting them at their apartments and homes and asking the questions we'd all ask if we could. The program is produced by our friends at WNYC and will make its debut on VPR this weekend.

Let us know what you think of VPR's new Saturday Special, Here's The Thing.
Posted by Mary Williams at 10:11 AM